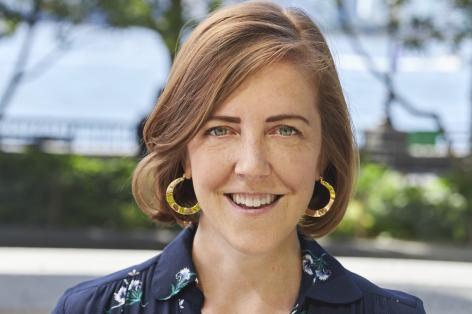 Brette McSweeney is the former president of Eleanor's Legacy, the statewide women's political organization working to elect pro-choice Democratic women to state and local office across New York. Having first joined Eleanor’s Legacy in 2004, McSweeney grew the organization’s campaign schools, Innovation Council, and endorsement program, giving New York women the network to support them when they run and the resources they need to win. In 2018, under McSweeney’s leadership, Eleanor’s Legacy launched the Baker Project, the initiative to flip the New York State by electing pro-choice Democratic women in red to blue districts, contributing to the Senate Democratic majority in 2018 and supermajority in 2020. The Baker Project is named in honor of two New York trailblazers, Constance Baker Motley and Martha Baker.

In 2017, McSweeney was a professional fellow of the American Council of Young Political Leaders. In 2016, she was a member of the New York Leadership Council for Hillary for America and in 2008 served as the New York deputy director for women’s outreach for Hillary Clinton for President. She graduated from Georgetown and received a master's degree in international affairs from Columbia.