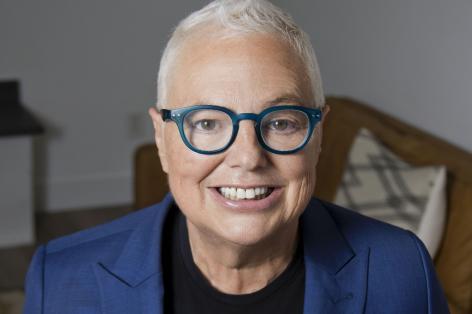 Emily, a senior Partner at Bolton-St. Johns, has led its New York City and Albany offices to be among the top-ranked and most well-respected government relations firms in the state. Emily recently launched Bolton-St. Johns’ Washington, D.C., practice. Widely known as a strong advocate and champion for progressive causes, Emily has a proven track record of moving New York forward. The New York Times has described Emily as “one of the best-connected and most popular lobbyists at City Hall and in Albany.”

Emily’s expertise and insight into government and politics has led to landmark legislative successes. As the lead lobbyist for LGBTQ rights coalitions, Emily was instrumental in the passage of New York’s Marriage Equality Act in 2011. Her efforts were key in achieving the legalization of gestational surrogacy in 2020.

A lifelong New Yorker, Emily is a prominent operative in the New York Democratic Party. She has been a member of the Democratic National Committee since 2000 and has represented New York as a delegate at multiple Democratic National Conventions. Emily is a Vice Chair of the State Democratic Party, and plays a significant role in the party advising local and statewide candidates and grassroots campaigns. Emily also serves on the Board of Directors for Eleanor’s Legacy, working to elect pro-choice Democratic women to state and local office across New York State. In 2018, Emily helped to create Eleanor’s Legacy’s Baker Project, which recruits and trains Democratic women to run for New York State Senate seats. The Baker Project was instrumental in flipping New York’s Senate to Democratic control in 2018 for the first time in over a decade, leading to a Democratic supermajority in 2020.

Emily has been recognized by numerous publications for her work. City & State magazine has named Emily several times to both of their annual “New York City Power 100” and “Albany Power 100” lists, calling her a “perennial powerhouse” in New York politics, and recently named Emily as one of the magazine’s “Above & Beyond” award winners for women leaders. The Observer included Emily on their inaugural “Power 80” list. Most recently, she was part of Crain’s New York Business’s “Notable LGBTQ Leaders & Executives.”

Emily works in New York City, Albany, and the East End of Long Island. A graduate of George Washington University, she holds a master’s in public policy from the New School. Emily is a proud mom of her son, with whom she lives on the East End.